To control emissions from toxic gases and pollutants in exhaust gas from internal combustion engines including lean-burn engines as well as kerosene or paraffin heaters and stoves, effective catalytic converters are required and hence widely used, implemented and further developed by the repective industries. Also the development of reaction mechanisms that properly describe the chemical conversion occurring in catalytic converters is an urgent topic in industry and science.

With Cosilab, catalytic converters can be simulated based on a plug-flow reactor model that takes into account gasphase and surface chemistry as well as properties of the catalyst such as the washcoat. In particular, emphasis is laid on catalytic aftertreatment in terms of 2-way and 3-way and DeNox automotive catalysts.

Just as one example, shown in the following figure is a screenshot of the Cosilab results of the flow of unburnt hydrocarbons through a plugflow Pt-Rh catalytic converter. Specifically, shown in the figure are the mole fractions of C3H6, CO and NO in the bulk flow and at the catalytic surface. 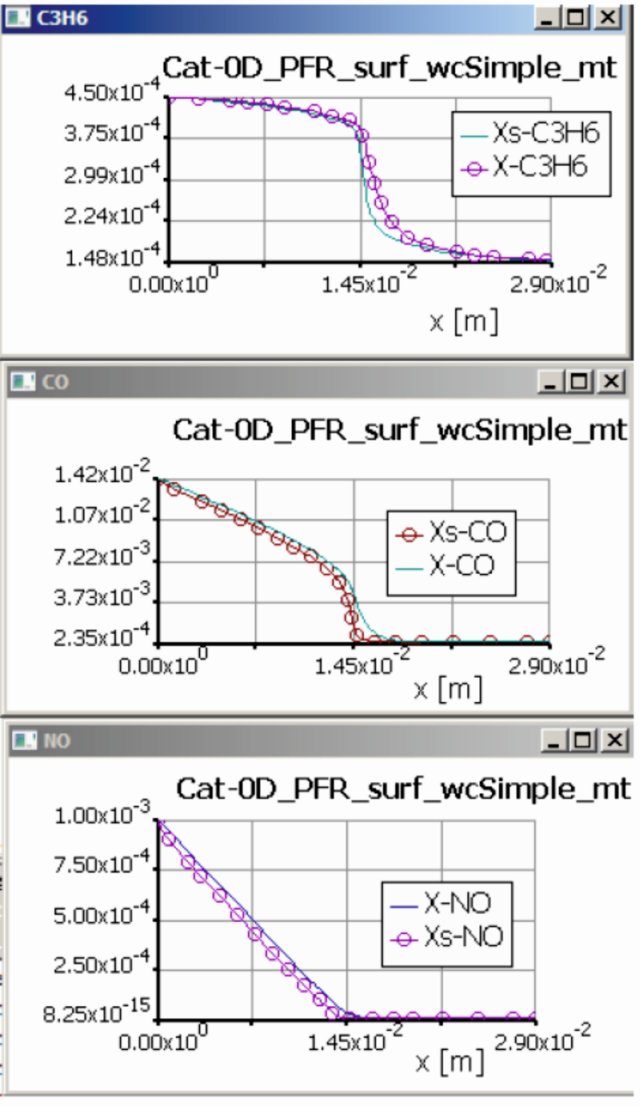