Reactor networks appear in two alternative constellations. First, they exist in reality, e.g., in the chemical industry, where reactors of generally different kind are arranged in parallel or in series, or in some kind of network. Second, reactor networks represent a vehicle to simulate complex processes in combustion by breaking up the physics into submodels, each submodel being represented by a reactor, and combining the submodels or reactors in suitably defined networks.

As a first example, shown in the following figure is a screenshot of the Cosilab graphical user interface showing a reactor network mimicing a combustor operated with a premixed jet flame. The network consist of three inlets, three stirred reactors, six plugflow reactors, one splitter, two mixers and one outlet. 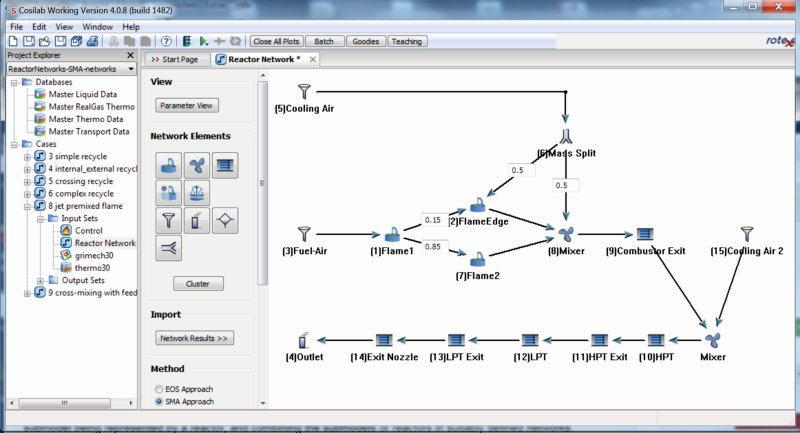 As a second example, shown in the next figure is a simple network with internal-external recycling. 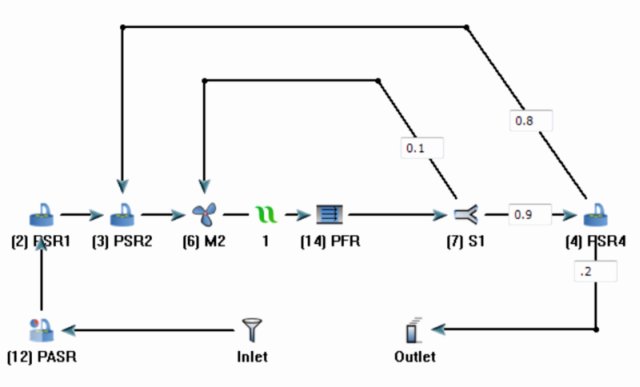