Just as one example, shown in the following figure is a screenshot of the Cosilab graphical user interface showing results for the temperature and the molefractions of some major species for a reactor with two inlets, calculated with the GRI mechanism. 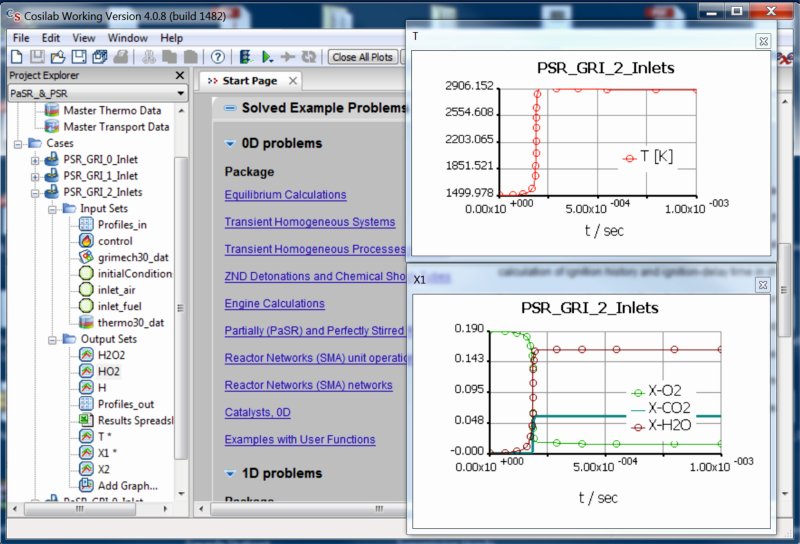