As a perfectly stirred reactor or PSR, a plugflow reactor -- abbreviated as PFR -- is a model reactor. Because its ability to mimic relevant reactors used widely in industry and research, it is a popular vehicle for numerical simulation of reactive flow under certain conditions.  In Cosilab, plugflow reactors can be simulated simply and efficiently. Gasphase and surface chemistry can be taken into account. In particular, plugflow reactors can be used as stand-alone reactors or as elements in a reactor-network simulation.

Just as one example, shown in the following figure is a screenshot of the Cosilab graphical user interface showing selected results of a plugflow-reactor calculation in which both gasphase and surface chemistry is taken into account. Specifically, shown are -- from reactor inlet to reactor outlet -- the profiles of the sitefraction of surface species F2SINH(S)  and of the molefractions of gasphase species SIF4 and HF. 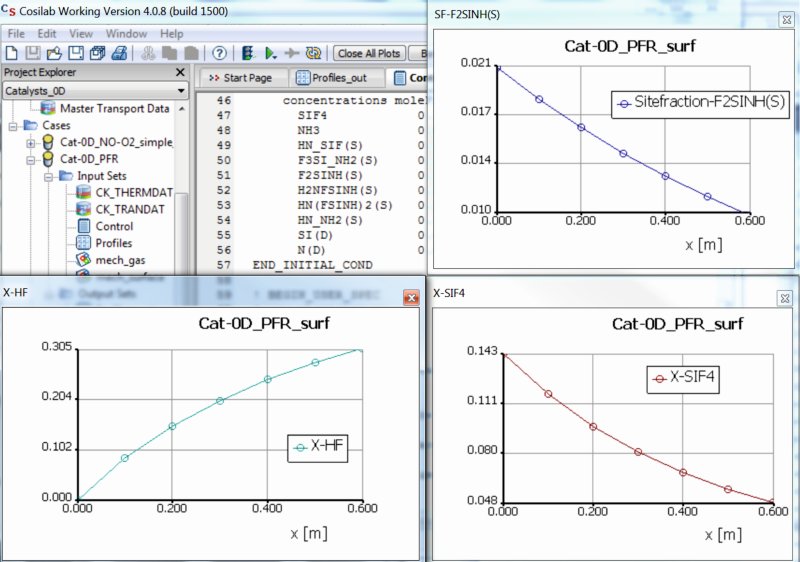