Reaction-pathway analysis is a useful tool for the combustion analyst from both the enginiering and the chemical point of view. Chemists use this tool to assist them in the development of big reaction mechanisms of elementary reactions that cover ranges of pressure, temperature and composition that are as wide and big as possible and that are also universal in the sense that they describe combustion in both laminar and turbulent flow, independent of the geometry or device in which combustion takes place. Engineers generally pursue the opposite objective, namely the reduction of mechanisms developed by chemists such that they fit a special purpose well and -- at the same time -- are sufficiently small such that extensive numerical simulations of chemically reactive flow under industrially relevant conditions can be carried out on reasonably sized computers with reasonable amounts of CPU time. Also for the development of reduced reaction mechanisms, reaction-pathway analysis is a valuable tool.

As a first example, the following figure shows a screenshot of the Cosilab graphical user interface with a reaction-pathway analysis for a methane-air premixed flame. In particular, shown here are the important reaction pathes for the conversion of fuel, CH4, into the major product carbon dioxide, CO2. 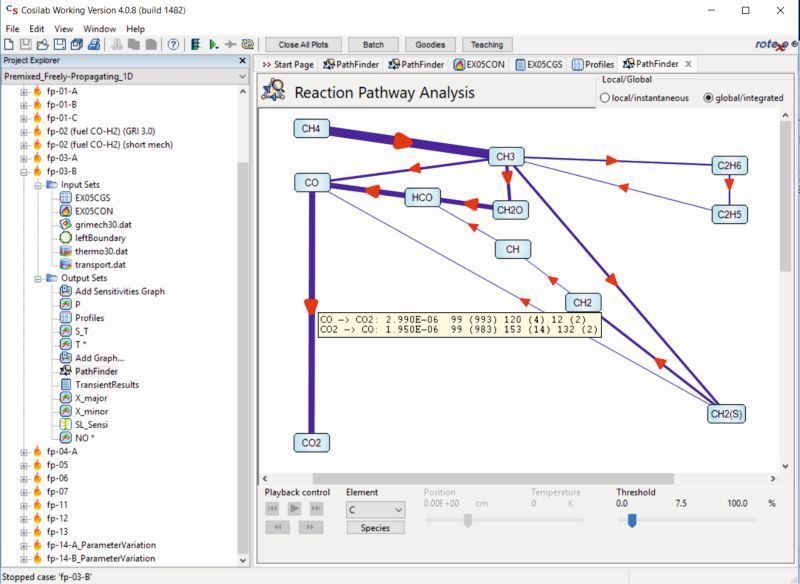 The following two figures show -- for a weakly strained counterflow oyx-methane diffusion flame -- further example results of a reaction-pathway analysis carried out by Cosilab. The first figure shows the most important reaction pathes for the conversion of fuel, CH4, into the major product hydrogen, H2. 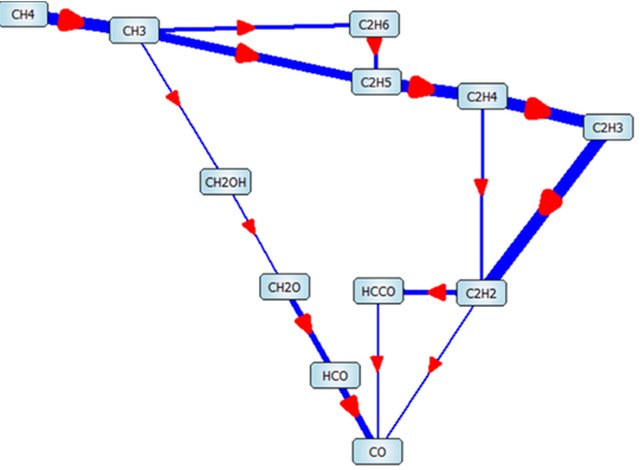 The second figure shows the most important reaction pathes for the conversion of CH4 into the major product carbon dioxide, CO2. 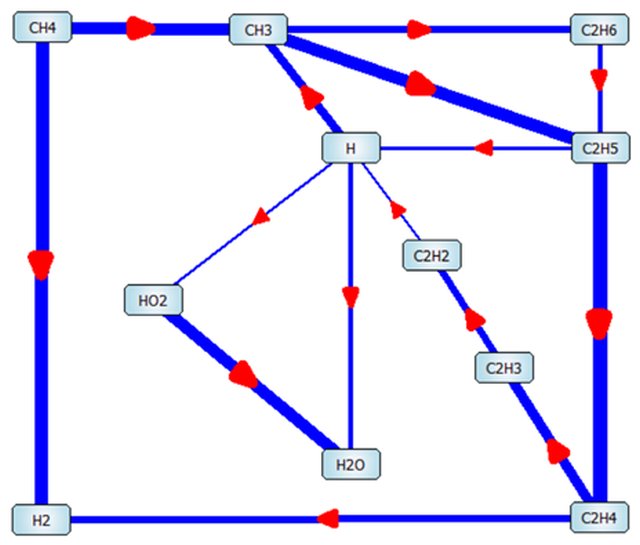