The so-called "Fuel Editor" is a handy graphical tool built into Cosilab that allows fast and versatile, qualitative and quantitative specification of multi-component fuels and oxidizers, and of mixtures thereof.

Modern fuels contain, generally, a number of chemical compounds -- often 20 or more -- and hence represent true multi-component fuels whose physical description can not reasonably be lumped into an artificial single-component fuel. To accommodate realistic multi-component fuels, Cosilab has a built-in, powerful fuel editor that allows easy specification of arbitrarily complex compositions of fuel and oxidizer, and of mixtures thereof, e.g., in terms of the equivalence ratio.

As one example, shown in the following figure is a screenshot of the Cosilab graphical user interface, in which the second page of the Fuel Editor has been opened to specify the composition of a natural-gas-like three-component fuel. Naturally, an arbitrary number of fuel components can be specified. 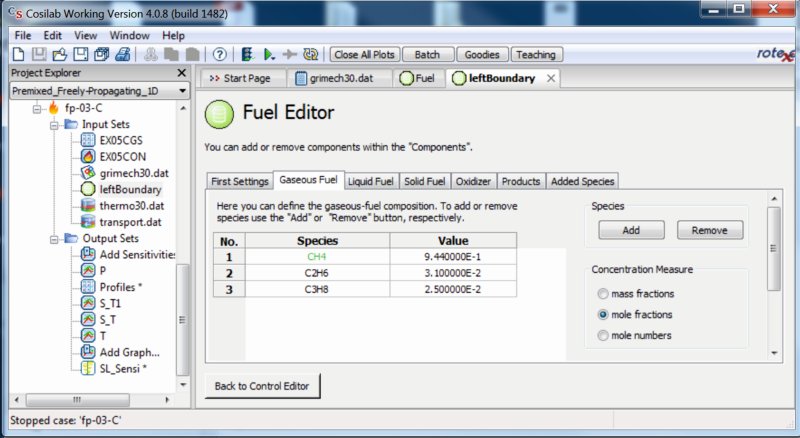