Cosilab has built-in tools that allow automated and hence effective variation of a variety of physical parameters such as equivalence ratio, pressure, temperature, strainrate, and many more. Parametric studies are greatly facilitated by these automated procedures.

Two automated devices for parameter variation are built into Cosilab, viz., the Parameter-Variation Facility (PVF) and the Batchrunner. 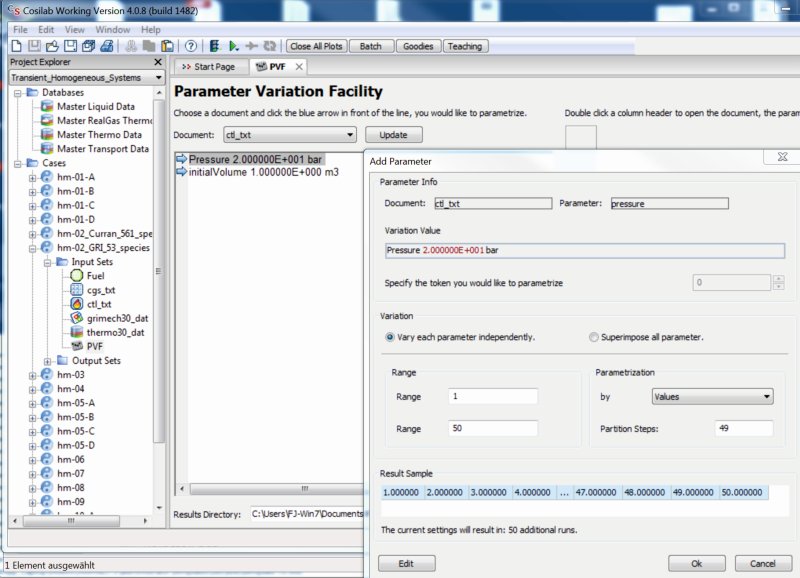 An alternative to the PVF is the Batchrunner. With this device an abritrary number of computations that need not to pertain to the same reactor or flame type can be done in succession. As an option with the Batchrunner, the method of continuation can be used. As an example, the next figure shows a screenshot of the Cosilab graphical user interface whilst the Batchrunner is running for a series of burner-stabilized premixed flames. 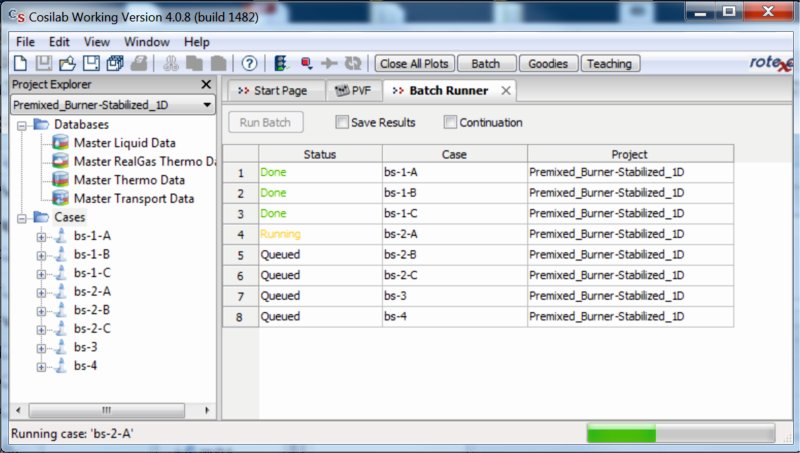