After starting up Cosilab, its graphical user interfaces shows: 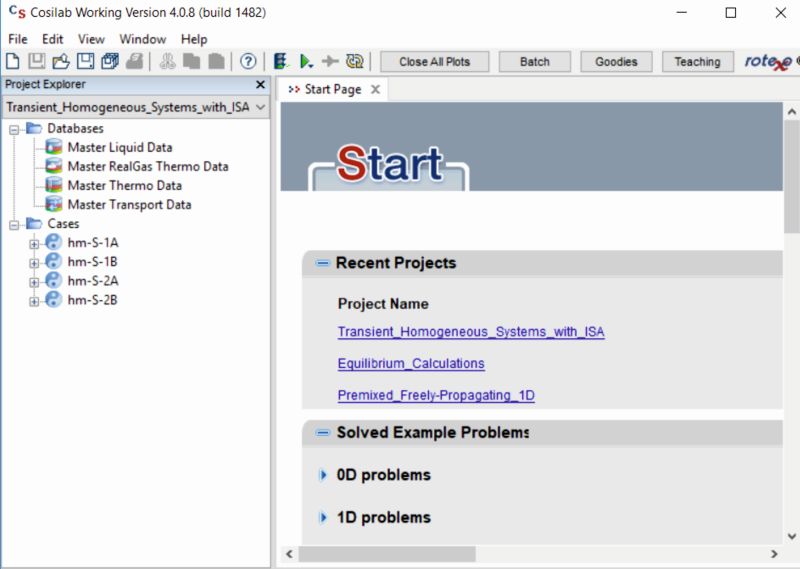 At the top, the toolbar is displayed, at the left margin the so-called "ProjectExplorer". The big area below the toolbar and to the right of the ProjectExplorer ist Cosilab's Startpage. The Startpage provides important information about

After opening the 0D-problems menu, a summary of the spatially homogeneous problems that can be handled by Cosilab displays: 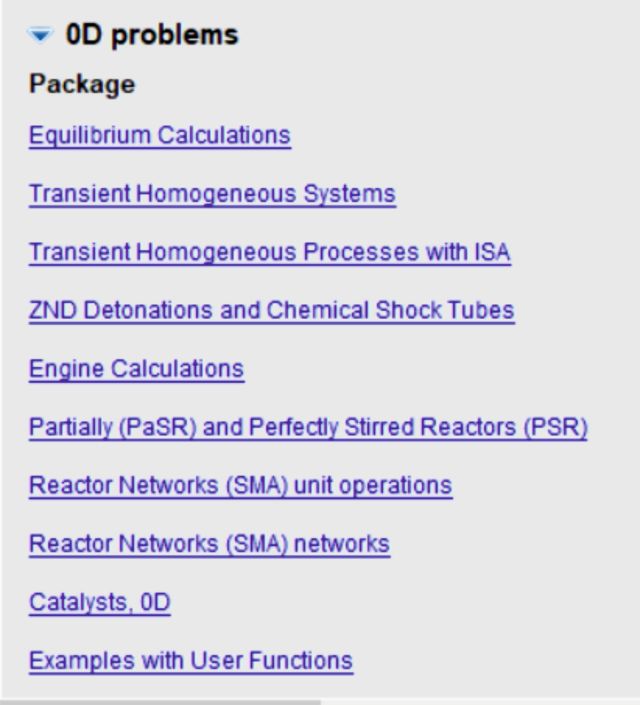 It is seen that on Cosilab's startpage the various spatially homogeneous problems that can be tackled display as links. Each link pertains to a complete Cosilab project, which in turn contains many different, so-called "cases" of solved example problems. Upon clicking on such a link the respective project is loaded into Cosilab and is displayed in the ProjectExplorer -- for example, in the top figure, the ProjectExplorer displays four cases of transient, homogeneous ignition with instantaneous sensitivity analysis.

Each Cosilab example case includes all necessary data and is ready to be run by clicking a button.

The following figure shows the summary of the spatially one-dimensional steady and unsteady problems that can be handled by Cosilab: 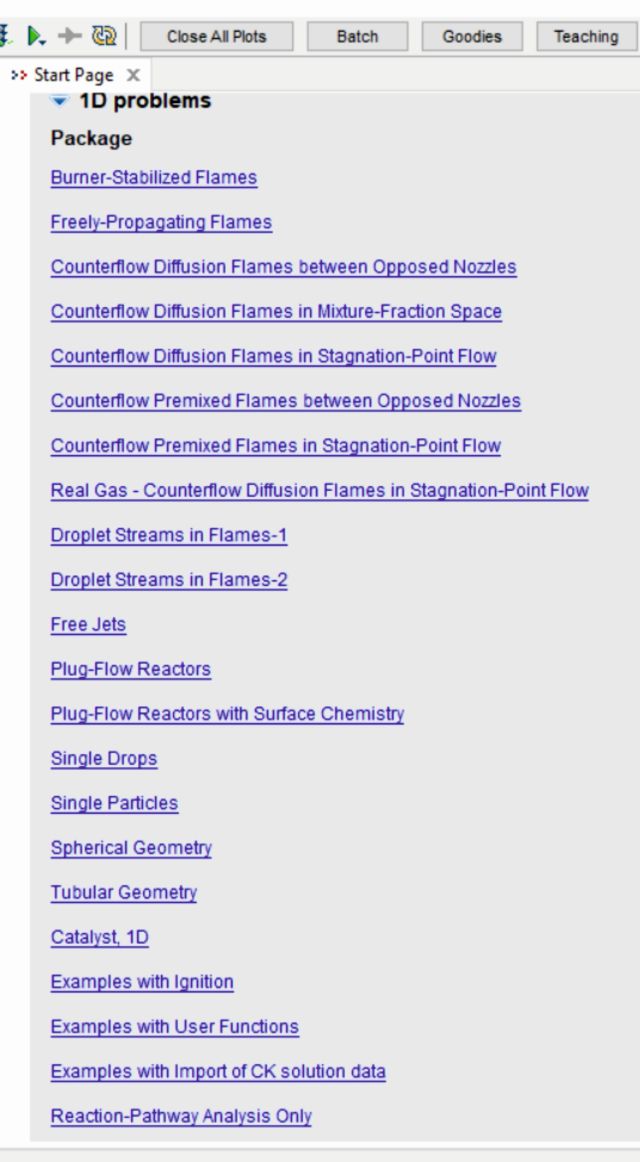 The above module "Droplet Streams in Flames" includes the computation of sprays and spray flames.