All these different counterflow geometries can be realized in laboratory, e.g., to determine laminar flamespeeds. Some of them are even used for industrial purposes, e.g., in chemical vapour deposition.

The technical and scientific relevance of counterflow flames derives from the fact that the flow residence time can be controlled simply by the flow rates of the counterflowing streams or, in other words, by the strain that the flowfield experiences. The key parameter here is the strainrate or, alternatively, the scalar dissipation rate. Usually flame extinction, but also ignition, is characterized in terms of one of these two parameters.

With Cosilab any of the above mentioned counterflow flames can be simulated, including counterflows geometries in mixture-fraction space and in stagnation-point flows. In particular, with Cosilab all effects of strain on combustion -- besides curvature strain constitutes an important contribution to flame strech -- can be studied.

As one example from the area of oxyfuel combustion, the following figure shows the maximum temperature in a counterflow diffusion flame as a function of the strainrate, computed with Cosilab with two different reaction mechanisms, namely the GRI mechanism and a reduced 11-step mechanism -- by the way, the latter results hint at Cosilab's capapilities to deal with reduced mechnisms of any kind. Flame extinction occurs at a strainrate of approximately 68000 per second. 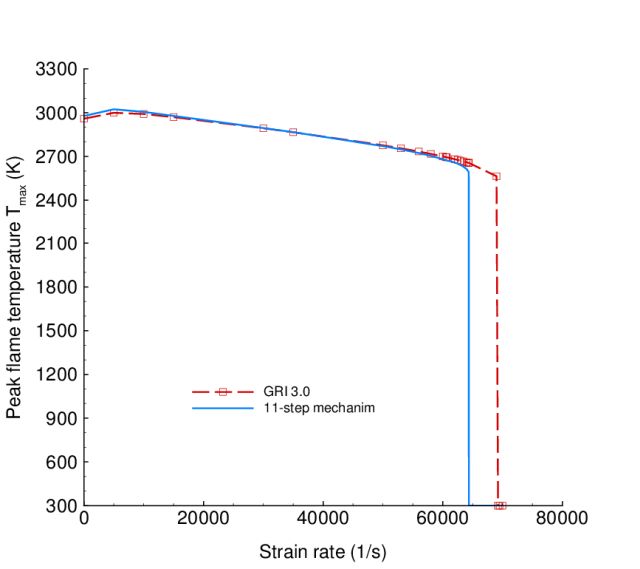 Shown in the following two figures are computed profiles of a methane-air counterflow diffusion flame in physical space, namely of the temperature and of the mole fractions of CH4, O2, CO2 and H2O. 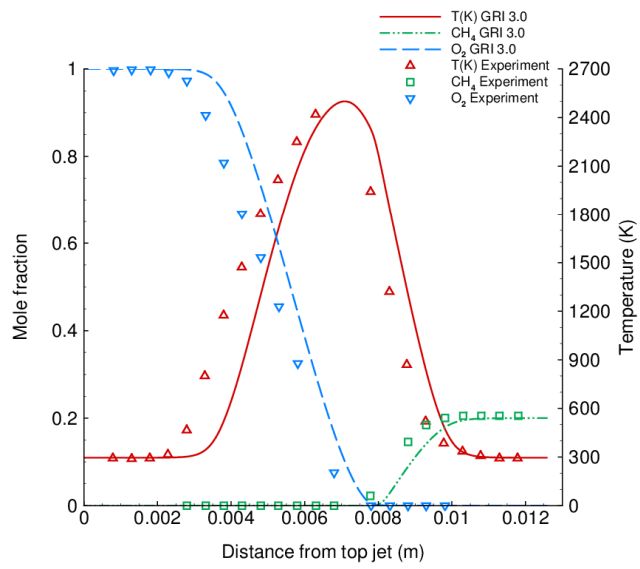 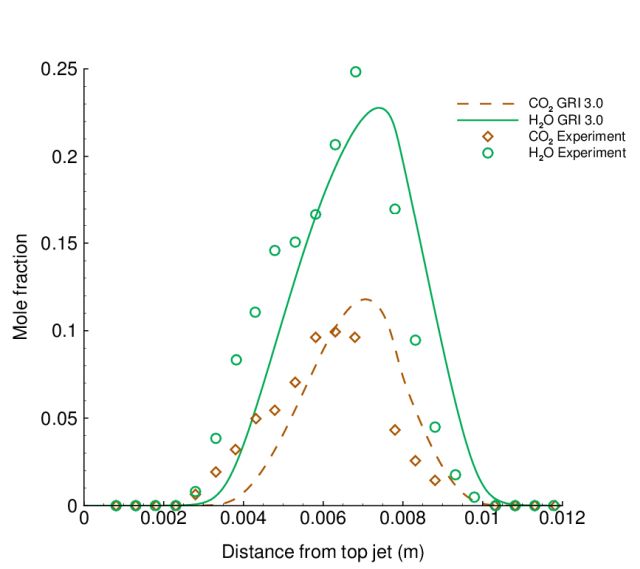 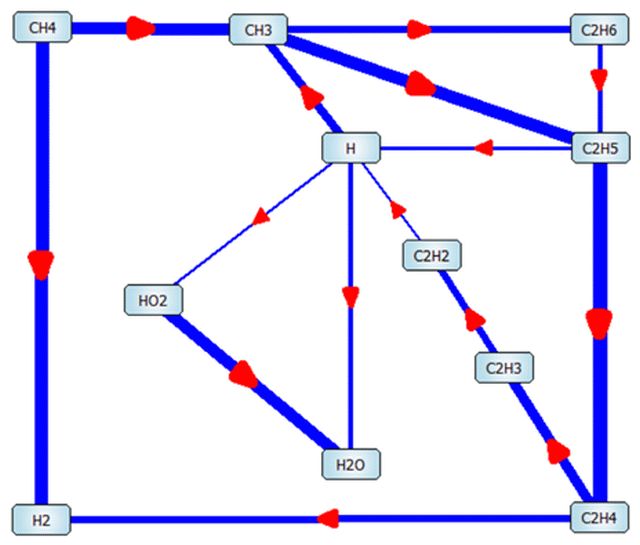