Homogeneous ignition is a model applicable for a variety of conditions of utmost practical relevance. The primary target quantity that is sought by homogeneus-ignition studies is the ignition-delay time. This is a key quantity useful for many applications that are well beyond homogeneous-ignition studies.

As studies of freely propagating, premixed flames, homogeneous ignition studies play an important role as a vehicle for the development, validation, and reduction of reaction mechanisms.

In Cosilab, the computation of homogeneous ignition processes is a standard task that is readily performed. To this end, a very helpful tool is the built-in parameter-variation facility (PVF) that allows the automatization of parameter variation in one, two and multi-dimensional parameter space.

As an example, shown in the following three figures is for an octane-air mixture -- for values of the equivalence ratio of 0.5, 1.0 an 1, respectively -- the ignition delay-time as a function of the initial temperature. 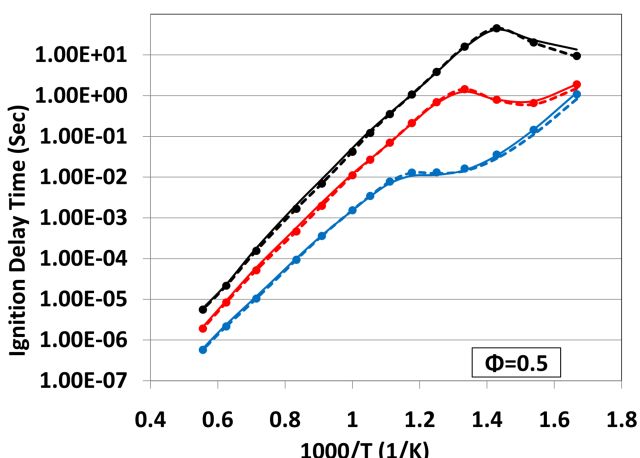 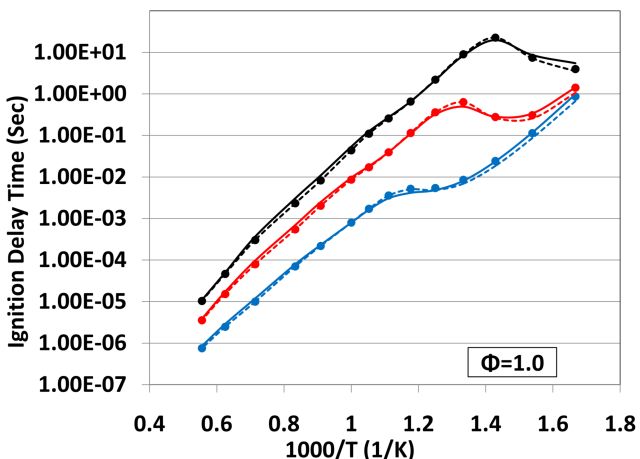 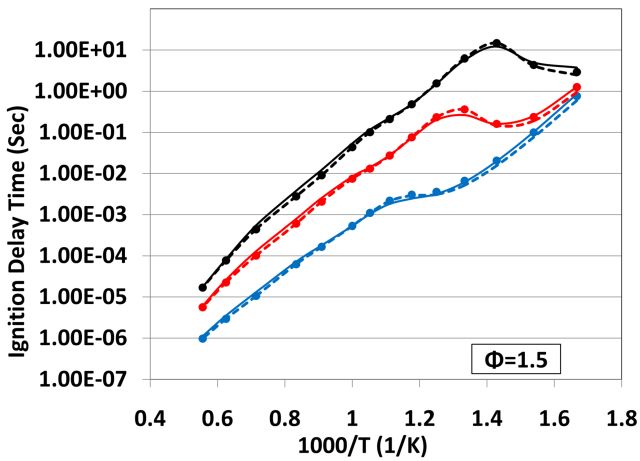 As another example, shown in the following figure is for a heptane-air mixture the autoignition history of selected quantities, viz., temperature, heptane mass fraction, hydroxyl mass fraction, and volume. 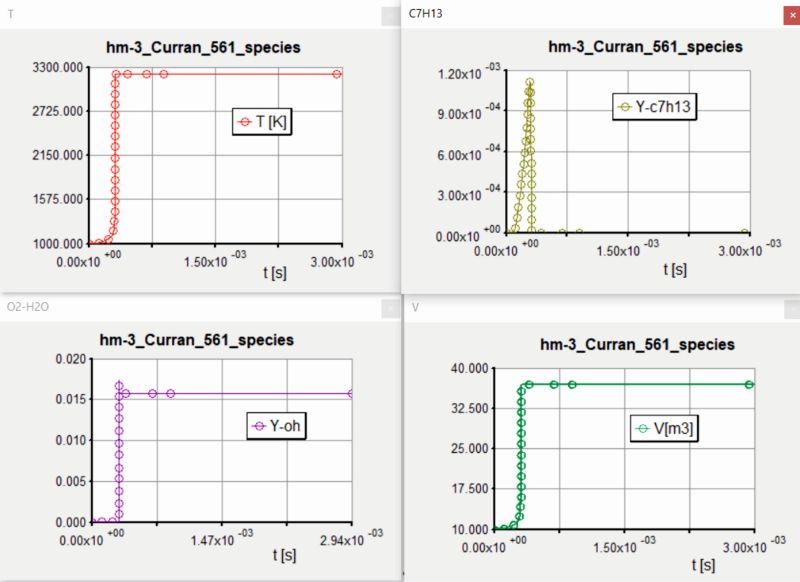 Finally, here is a screenshot of Cosilab showing in the left margin window the so-called "ProjectExplorer" with the input and output datasets of the above heptane-air ignition case, an in the right-hand-side window the so-called "ControlEditor" with the individual tabs to prepare the specifications for the computational run. In the "Output Sets" of the case there is a document named "Add Sensitivities Graph..." which hints at Cosilab's sensitivity-anaysis feature for homogeneous-ignition problems or batch reactors. 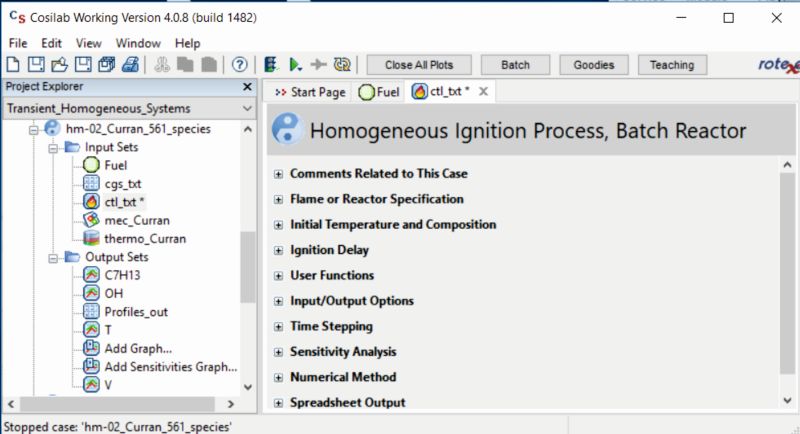